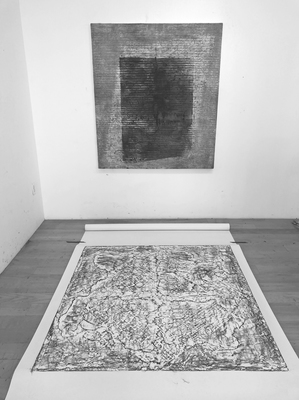 Jessica Dickinson was born in St. Paul, MN and has lived and worked in Brooklyn, New York since 1999. She received an MFA from Cranbrook Academy of Art in 1999 and BFA from Maryland Institute College of Art in 1997. Dickinson's work is represented by James Fuentes in New York and Altman Siegel Gallery in San Francisco.

Dickinson's work has been reviewed and included in Artforum, Art in America, The Brooklyn Rail, and The New Yorker, among others. In 2015, the first monograph dedicated to Dickinson's work was published by Inventory Press, which includes an essay by Debra Singer and an interview with artist Patricia Treib.